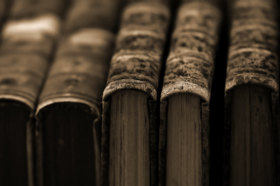 The following sources have just been added to 19th Century Masterfile. 19th Century Masterfile now contains over 1.5 million new citations from the United States National Archives image collection. The range of this collection is quite vast, including: manuscripts; personal letters from the likes of George Washington; pictures of early-American towns; draft and immigration records; etc.

The content of the Annual Library Index, 1892-1910 includes periodicals, American and English; essays, book-chapters, etc.; with author-index, bibliographies. The index served as a continuation of Poole’s Index to Literature, with the significant addition of author indexing, not included in Poole’s. One of the main values of the index is that it vowed not to include any titles that appeared in the Nineteenth Century Readers' Guide or the Annual Literary Index.

Wide-ranging topics were covered, including:

The following sources were added to 19th Century Masterfile over the past year.

Paratext recently added vast new primary source materials for the study of the History of Science, producing over 1.5 million citations to all manner of scientific inquiry. Published by the Royal Society of London, the International Catalogue was meant to satisfy the need for a co-operative index to scientific literature to follow the Catalogue of Scientific Papers and to form through international co-operation a bureau for the presentation of an index of science. It represents 17 subjects in scientific study, each with 14 volumes. The Engineering Index continues the Descriptive Index of Current Engineering Literature, 1884-1891 and covers the whole field of engineering in one comprehensive datafile of the world's most significant engineering and technological literature.

For more information on every source in 19th Century Masterfile, please log-in to your Paratext Account to view the Full Contents List and Resource Descriptions.