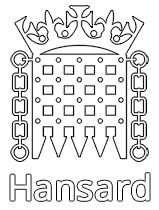 At Paratext, historical sources—primary, secondary, and tertiary—are our business. Not all historical sources are immediately intuitive, and many hide fascinating stories. This is the first post in our “Exploring” blog series, which will delve into various useful sources available to researchers and scholars at all levels. We address issues of historical context, illuminate methods of use, and parse out biases where they may lie hidden. Today we look at Hansard’s Parliamentary Debates, a crucial set of documents in the field of Parliamentary history. –Ed.

In many current-day democratic countries, transparency is taken as an unquestioned ideal ingrained at the basic level of government. However, this has not always been the case. The story of the British publication Hansard’s Parliamentary Debates illustrates how tenuous this ideal was until the beginning of the nineteenth century.

Throughout the nineteenth century, Hansard (as it was—and still is—commonly known) reported the debates and speeches that occurred in the Houses of Lords and Commons, providing some of the first regular structured reporting on the British Parliament. Starting as a supplement to William Cobbett’s Political Register in 1803 and passing to printer Thomas Curson Hansard in 1812 (who subsequently added his name to the periodical), Hansard managed to mostly buck prosecution for Parliamentary reporting and establish itself as the authority on Parliamentary occurrences. This establishment was so firm that to this day parliamentary reports throughout the British Commonwealth are still referred to as Hansard.1 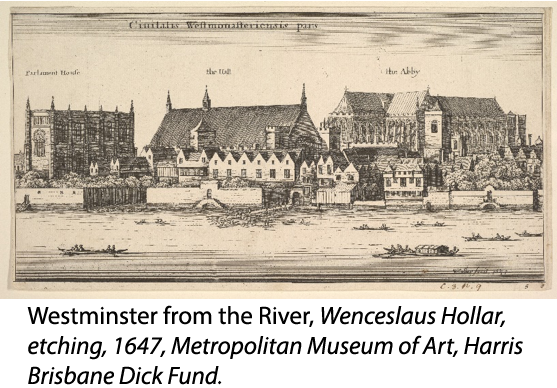 Hansard’s rise to prominence came on the heels of five centuries of Parliamentary policy promoting strict secrecy. From the beginnings of the institution in its modern form in the thirteenth century through the latter eighteenth century, Parliament maintained this policy for two reasons: the words of peers and members were considered “unfit for public consumption,” and secrecy provided a layer of protection against punishment by the monarch. Individuals who attempted to publish the goings-on within the Houses were often prosecuted.2

Yet from the 1600s onward public interest in Parliamentary proceedings increased drastically, largely due to the growing influence of newspapers and the printing press.3 An arms race effectively ensued between Parliament and the press, with printers determining new formats and methods of reporting to circumnavigate new rules as fast as the Houses could conceive of them.

Characteristic of this one-upmanship was the aftermath of a 1738 House of Commons declaration that reporting constituted a “high indignity […] and notorious breach of privilege.”4 Publications soon began to report the proceedings of Parliament thinly veiled in the guise of accounts of fictitious governments; e.g. in 1739, Edward Cave’s popular Gentleman’s Magazine featured “Debates in the Senate of Magna Lilliputia.”5

…reporting constituted a “high indignity […] and notorious breach of privilege.”

By the late eighteenth century, restrictions on reporting had relaxed somewhat.6 Into this atmosphere stepped William Cobbett (1763 – 1835), a well-known radical and proponent of reform. In 1802, Cobbett produced the kernel that would eventually become Hansard when he added accounts of Parliamentary debates to the contents of his weekly magazine, the Political Register.

In 1804, Cobbett broke off these accounts into a separate periodical, Cobbett’s Parliamentary Debates.7 Cobbett brought on Thomas Curson Hansard (1776 – 1833) as printer of his periodical in 1808, promoting him to publisher by 1811. This increase in status brought increased risk: Hansard shared Cobbett’s punishment for Parliamentary reporting in 1812; both were sent to prison. The legal proceedings bankrupted Cobbett, compelling him to sell his contract to publish Parliamentary Debates to Hansard. The publication would stay in the Hansard family for much of the rest of the nineteenth century, bearing the Hansard surname in its title from 1828 onward.8

The name Hansard became so ubiquitously associated with parliamentary reporting over the course of the nineteenth century that it entered to the common lexicon as a verb: “to Hansardize” was to use a MP or peer’s own recorded words against him.9

Indeed, Hansard became no less than an institution within British politics, succeeding where other similar publications failed to establish a foothold. In 1855, Hansard began receiving funding from the Treasury in return for official copies. In 1877, Parliament gave the publication £3,000 per annum to facilitate more accurate reporting.

…it entered to the common lexicon as a verb: “to Hansardize” was to use a MP or peer’s own recorded words against him.

The year 1889 saw Hansard leave the Hansard family, and—after a rocky series of transfers among contractors—it finally became an official branch within Parliament in 1909. This is how the publication continues to operate today, Official Reports bearing the Hansard name in honor of the periodical’s nineteenth century proprietor.10

Scholars using Hansard have access to a wealth of early nineteenth century Parliamentary history. Though the particulars of wording were not always recorded with total accuracy—even modern Hansard reporters tweak speeches somewhat before publishing—T. C. Hansard’s reports often included such surprisingly esoteric information as stage directions and asides made by peers and MPs.11

What else appeared in Hansard? Essentially everything Parliament debated, voted on, and made speeches about—a whole lot, in other words. For example, Hansard provides records of the opinions made by Peers and MPs regarding Napoleon Bonaparte’s exile to Elba in 1815.12 Also within: records of King George III’s declining health, complaints from the peerage regarding the banning of the slave trade in 1807, and contemporary descriptions of the awful work put on children as young as four in the chimney-sweeping trade.13 Hansard is truly an indispensable trove of privileged historical knowledge.

How does one access the rich source material contained within Hansard? One way is through the General Index to the First and Second Series of Hansard's Parliamentary Debates, the seminal 1834 index to Hansard. Edited by Sir John Philippart, the General Index was commissioned by T.C. Hansard in 1832 to facilitate easier use of the sixty-six volumes that made up the first two “series” of his periodical.

These volumes are useful for scholars looking into Hansard’s conception, as they comprise its volatile early years, from its beginning as Cobbett’s Parliamentary Debates in 1803 to the beginning of King William IV’s reign in 1830.14 The General Index is subdivided into five sections:

First Division: Chronological order of debates during each session, 1803 – 1830.

Fourth Division: Alphabetical arrangement of speakers in debates during each session of Parliament, 1803 – 1830.

Fifth Division: Alphabetical index to subjects of debate, and to matters incidentally introduced into debate.15

To find specific debates and speeches through the General Index, note the indicated House (Lords or Commons), date, and column (“c” or “cc”) number.16 Below is a sample index entry with the locations of these three data points in bold:

Hansard material can also be accessed through records maintained by the Hansard section of U.K. Parliament. Hansard Online, their internet portal, is useful especially for researchers looking for post-1830 material. Hansard Online offers digitized versions of nineteenth and twentieth century records through Historic Hansard, which can be used quite effectively in conjunction with the General Index.

Users of 19th Century Masterfile: 1106 – 1930 can access the entirety of Sir John Philippart’s General Index to Hansard, covering the years 1803 through 1830 in Parliamentary history. Check your institution’s database subscriptions to find if you have access to 19th Century Masterfile, or sign up here for a free trial.

[6] The “Unreported Parliament” of 1768 to 1774 had cracked down heavily on reporters, and the new government of 1774 acted relatively liberally toward the press. It should be noted that though prosecution had lessened, reporting was still technically illegal and punishments were still doled out on occasion. The Houses would not fully lift the ban on reporting until 1820 and even then it was largely a shift in unofficial customs and attitudes. Vice and Farrell, History, 9 – 13.

[14] Thomas Curson Hansard, “Preface,” General Index to the First and Second Series of Hansard's Parliamentary Debates Forming a Digest of the Recorded Proceedings of Parliament, from 1803 – 1830 (London: Baldwin & Cradock, 1834), i – v.

[16] Note to researchers: column numbers start over with each new session of Parliament, meaning that multiple instances of the same column number may appear in one year.