A Fish Woman, a Cyprian Noble, and a Punk Rocker Couple Walk into a Bar: Narratives of Human Experience in Europeana
15 February 2022 by Grayson Van Beuren 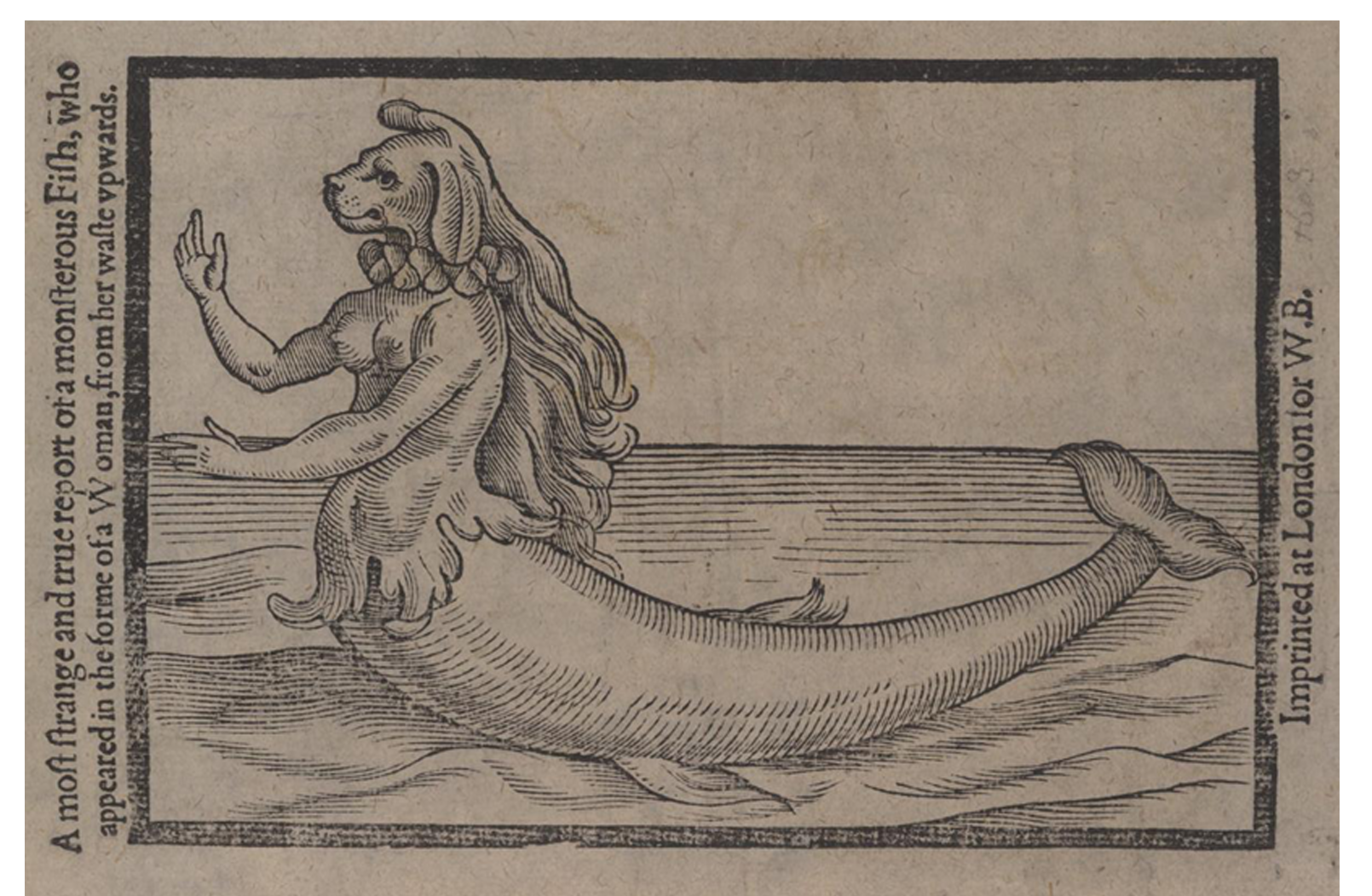 What do two ‘80s punk rockers, a half-fish/half-woman, and a Cyprian big shot have in common? Besides sounding like the beginning of a bad joke, these are all subjects found in source material cataloged in Europeana—a massive repository of cultural heritage bringing together records from thousands of institutions across Europe which is now searchable in Eight Centuries.

One of the most remarkable qualities of Europeana in Eight Centuries is its vastness: nearly 53 million records containing narratives of human experience beyond count, stretching from the dawn of our species to the churning political world of the twenty-first century global community.

Today on the Paratext Blog, we’ve picked out a handful of these narratives to illustrate how deep this metaphorical well goes, and what can come up in the bucket for those willing to look.

In all three of our test cases, these short narratives really only show the bare minimum of what could be explored using sources in Europeana. Each could—and should—bear considerable expansion at the hand of a researcher looking for a topic to research.

Our first narrative takes us far back beyond the reaches of recorded history, to the Mediterranean island of Cyprus as it existed during the fourth millennium BCE. We are in a small settlement in the area where a town called Pyla will one day exist in the far future of the medieval period. But for now a series of circular stone houses marks the land as human-occupied.

A king (or perhaps a noble) has died and there is much consternation and ado. His regal body requires a regal treatment for his long slip into eternity. The villagers of proto-Pyla have prepared such a treatment: a tomb bounded by masonry stands ready, its stone slab moved aside and its entrance open to accept its passenger. Much has changed since the days of this king’s ancestors, when a simple hole with a ring of stones outside the wall of the home sufficed to pay homage to the dead.

Royal bodies also require royal protection from those in the afterlife apt to cause them harm, and this too has been provided. Over the door are figures carved from limestone: two sphynxes flank the head of a Gorgon. Such frightening protectors should serve to keep evil away, or at least this is what is hoped.

The slab is finally pushed back into place. The villagers walk away. The years slip by. The tomb is robbed. An eternity stretches out. And the king falls out of memory until even his name is forgotten.

This narrative is fanciful—it could have happened this way, though maybe not. This tomb and its artifacts, however, are very real. Its description is pulled from a 1935 article in the Illustrated London News searchable and available in full-text form via the Europeana dataset.

The tomb at Pyla, excavated by Cyprian archeologist Porfyrios Dikaios in 1934, appears in photographs reproduced in the article, as does the earlier simple burial with the ring of stones, uncovered at a Neolithic site nearby at Erimi.2

Our second narrative propels us to a mid-February afternoon in the year 1603. The country is Wales and a yeoman named Thomas Raynold is walking along the sea near the town of Pendine. Something stops him, roots him directly to the spot he stands—for our friend Raynold has just seen (or thinks he has seen) a mermaid. 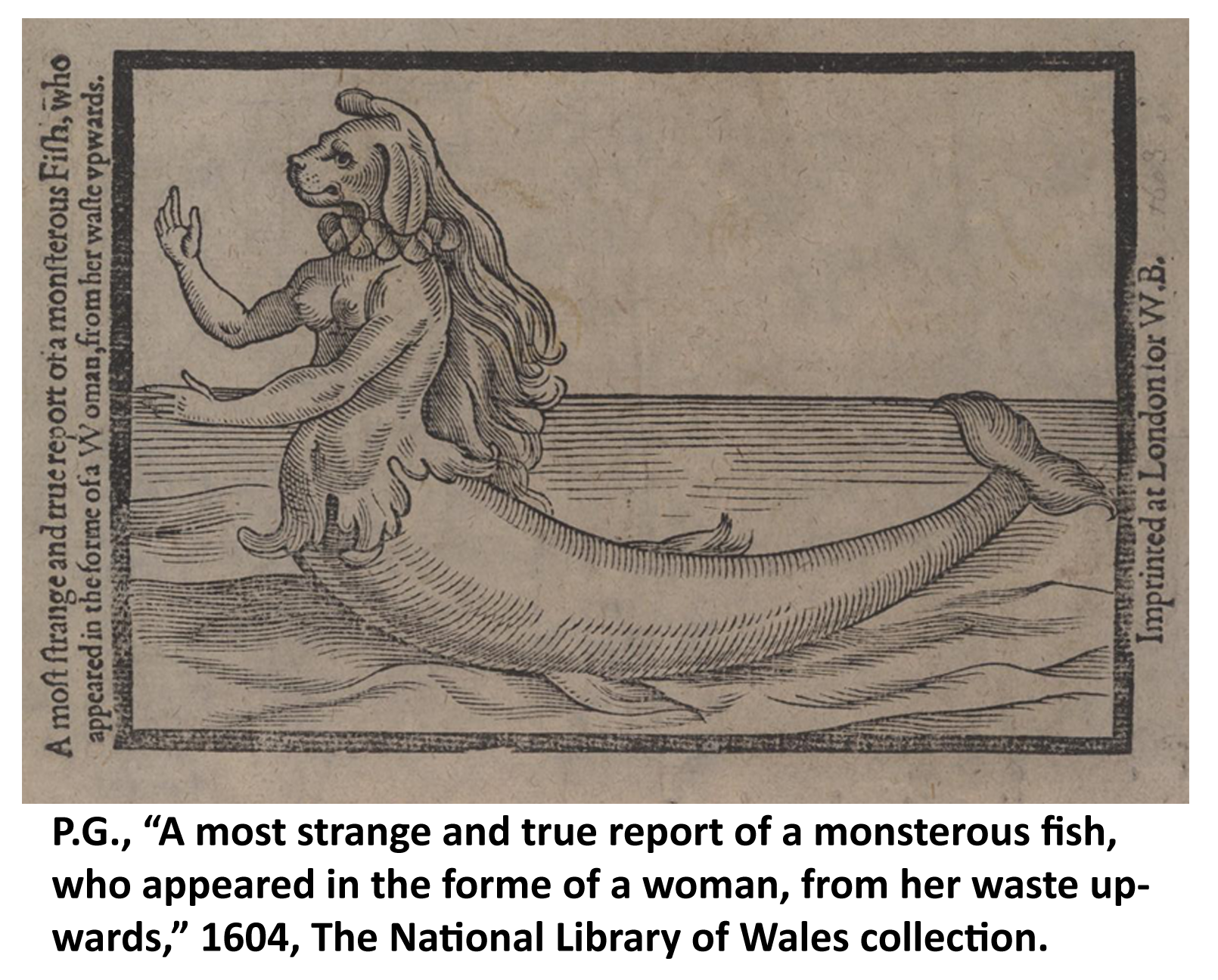 The shape of a very lively Woman, from her wast upwardes, which was all above the water: her cullour browne: a very large and faire harire over which […] was a thing like a hood, about her necke in maner of a white Band, her Brestes round and very white, with two layze handes, everie thing formally as a woman.

So wrote Raynold’s cousin, known to us only as “P.G.,” relaying the description given to him by his relation after the fact in a pamphlet published in 1604.3 P.G. goes on to describe Raynold’s reaction to sighting this “most strange and wonderfull thing.” After watching the creature swimming in the sea for two hours, he despaired that no one would believe his tale and ran off to find witnesses in the nearby town.

[Raynold] speedeth him in all haste to the Towne, where, to many of his honest honest neighbours and cousens as he could sodainely finde, he caused to goe with him to the Poynt, where he left it, to witnesse what he had seene4

Alongside his neighbors and friends, Raynold’s retinue included a person of courtly significance—“one M. William Sandars, […] having been for his Majesties busines at Garmarthen that day”—whose word, P.G. no doubt figured, vouched for the sighting’s credibility.5

The shape of a very lively Woman

We may be incredulous today, but sightings of such figures as mermaids, strange beasts, and fairy lights were held in a high degree of interest as portents and signs of divine will at the time P.G. published his pamphlet. Monstrous sightings were considered indicators of impending moral catastrophe, clear signals of the impending end of the Christian world in scriptural apocalypse.6

Indeed, P.G. lost no time providing a moral gloss to his “most loving Cousin” in his pamphlet, devoting the entire first three pages to how strange beasts serve to warn us that “our sinfull lives may be amended, that true repentance may follow” and ultimately “[w]horedome, bribrie, extortion, covetousnesse, letcherie, and such like pernitious damnable vices, may be utterly abolished.”7

Interest in monstrous portents—combined with the explosion of printing technology and rising literacy—led to an unquenchable public thirst for pamphlet’s like P.G.’s.8 Though made to be ephemeral, many of these artifacts from the incunabula period in printing survive in the catalogs that make up Europeana, and online full-text has made accessing these fragile objects easier than ever before. 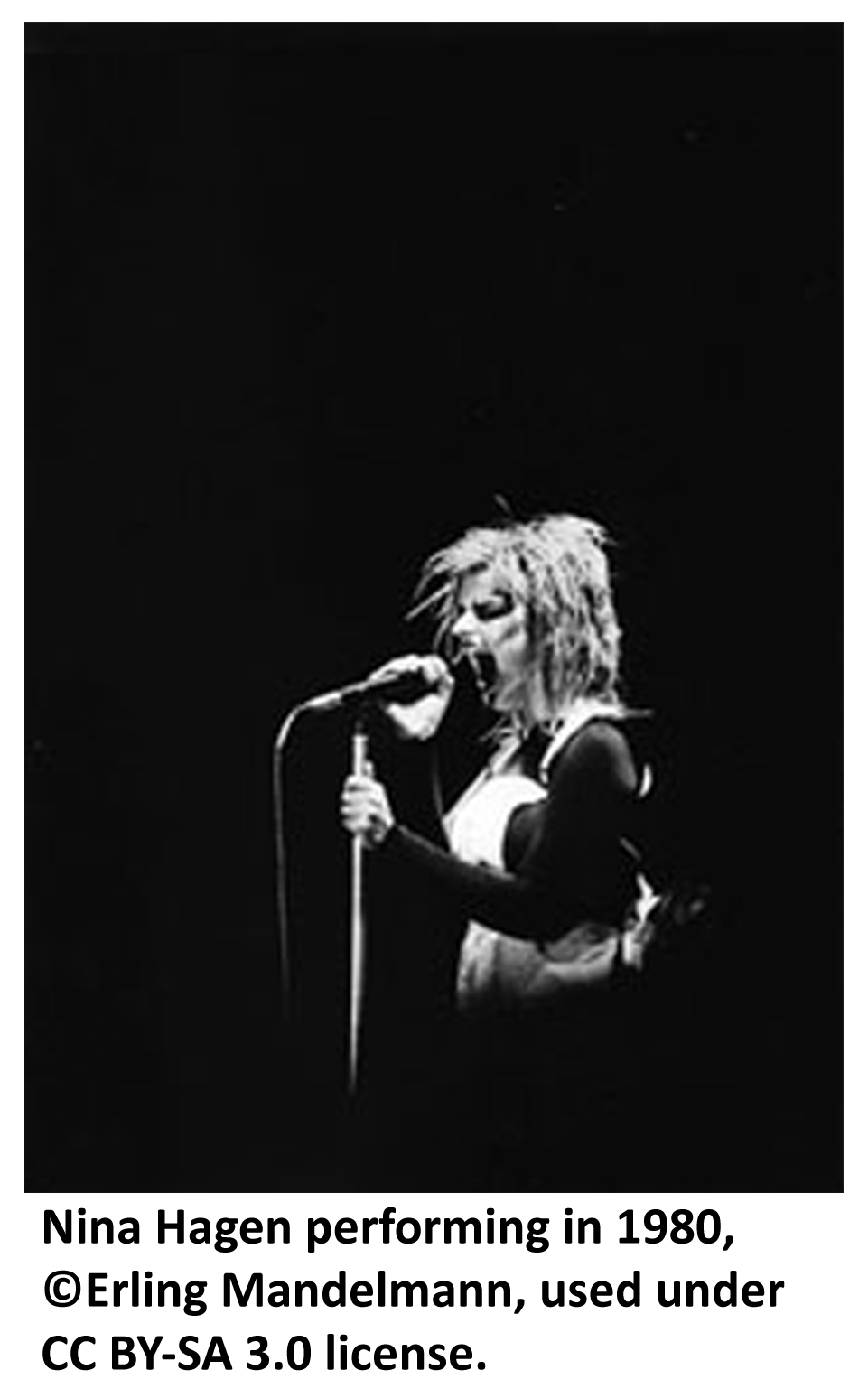 Three days of partying. Three days of wedding festivities, punk-fashion. This was the billing for Nina Hagen’s much-publicized wedding to Iroquois. Hagen, an established figure in the German Punk scene since the mid-1970s, had met Iroquois, styled by the media as a “South African son of Ibiza hippies,” traveling in Rome. In preparation for their nuptials they (and Hagen’s fans) converged on a small Ibizan island chain to party and to be married on the high seas.9

In an interview for a Televisió de Catalunya documentary on the wedding party (available to watch online via Europeana), Hagen’s clothing designer, the late David Spada, articulated his thoughts on the purpose of the affair:

I think what Nina is trying to represent through this punk wedding is a grand message for everybody that we have one type of thinking here and another type here and we want to make a marriage of it. I think for Nina and for all the people involved this is very very real and I think that it’s an example to the world because the hardcore movement is completely different than the love movement that Nina Hagen is involved in. I know she’s trying to teach Iroquois this love that she holds, that he needs to find out about, and that he holds inside him in a different place.10

Indeed, the wedding came at a fractured time for the punk scene. After the genesis of Punk in the 1970s, the ‘80s saw the splintering of the genre into myriad different subcultures, many at complete odds with one another. Nina Hagen’s attempts to heal these divisions—whether driven by personal career motivations or by a rock altruism as espoused by Spada—made perfect sense for the time.

Whatever the motivation, Hagen got her three days of partying, released an EP with music written for the wedding (“Punkhochzeit” or “Punk Wedding,” released in 1987). Matrimonial trappings notwithstanding, her ties with Iroquois were purely symbolic: in 1995 Hagen married fellow punk Gordon Polk, and has since described her Punkhochzeit with the hardcore rocker as having been “a spiritual marriage between the united punks of the world.”11

And there we have it: a Punk couple, a mermaid, and a king from Cyprus. Three completely different historical narratives rooted in three vastly different eras of human experience, all accessible via items cataloged in Europeana.

Building narratives from primary source material is the lifeblood of humanities research, and Eight Centuries brings together a crucial corpus of source data. In the past, we have crafted sample narratives from the Catalogue of Scientific Papers, the holdings of the Surgeon General’s Office Library, political cartoons, general indexes, and parliamentary reporting. Now add Europeana to the list of available sources of vital primary material ready for the researcher.

Alas, this post has only dipped the pail in the vast ocean of content contained in Europeana. What research topics are still waiting in the stacks for researchers to find and explore? Only you, the researcher, can look and find out.

Users of Eight Centuries can access entries from Europeana. Check your institution’s database subscriptions to find if you have access to Eight Centuries, or sign up for a free trial at https://public.paratext.com/customer/.