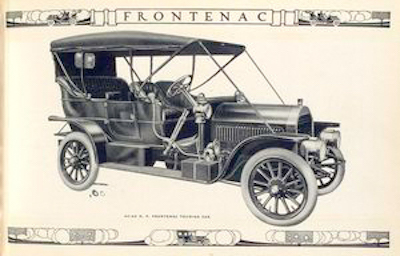 Continuing with our “Exploring” blog series, today we will look at the Industrial Arts Index. Before the current-day crowd of scientific and engineering online discovery services existed, staying up-to-date in one’s field involved visiting the reference section of the local library and using their subject indexes. The Industrial Arts Index was one such tool, designed to make it easy to find the most widely-used and useful articles in a number of engineering and engineering-related fields. –Ed.

Imagine you are an architect working in 1916. You are building a home for a client who needs the latest fashionable front door design—they’re absolutely insistent—but your knowledge regarding what’s up-to-date in the doorway world is slim. You need an article detailing the styles du jour, but there are so very many periodicals to sort through. It could take hours poring over issue after issue to find what you need.

This is where the Industrial Arts Index (IAI) comes to the rescue. Opening the latest annual IAI volume, you find an entry for “Modern colonial doorways,” a piece that appeared in a 1915 issue of Architectural Record. Using that information, you find the article and spy a picture of a neoclassical job complete with half-circle transom and framing metope.1 Nostalgic, yet forward-looking: perfect.

The IAI was one part of a suite of index products published by the H. W. Wilson Company during the early twentieth century.2 Publication began in 1913 in response to a need felt by practicing engineers: lack of a systematic means of recalling important and useful material published in trade magazines and journals. Editors Marion Potter and Louise Teich illustrated the scope of this problem—and the way the IAI attempted to alleviate it—anecdotally in their preface to the second IAI volume in 1914. Potter and Teich recalled the words of one John W. Alvord, consulting engineer, who wrote a trade paper lamenting the limited means of recall available to practitioners in his field. Alvord presented some possible solutions:

First, the engineer may reply on his memory and the published index to his bound volumes. It is safe to say, however, that few engineers really make much practical use of this method. [...] Second he may keep a special card index of important data and reference to valuable articles. This at once involves labor and attention which few busy men can give [...] Third, he may abstract important data in a limited way on loose-leaf transparent paper, standard letter-size, and he may remove or detach articles of special vale from out his journals, to be filed in regular office file system, like correspondence.

Potter and Teich went on to point out that Alvord skipped a fourth option, albeit one outside of his direct control: “A printed index to these magazines is without question the most convenient and economical way of making [engineering] literature accessible.”3 This was the niche that the IAI aimed to occupy.

Publication…began in 1913 in response to a need felt by practicing engineers: a lack of systematic means to recall important and useful material published in trade magazines and journals.

The number of included journals grew substantially over the life of the index. Though individual titles dropped periodically from the rolls, they were quickly replaced with others. The index included forty-five journals in the first annual issue, covering the year 1913.4 Twenty-eight new titles were added in 1919 alone.5 By 1921, the index included a total of 151 journals, over three times the number in 1913.6

The choice of new journals to be added was made by way of a popular ballot. Potter and Teich solicited suggestions for additions from their subscriber base and had them vote on the next year’s list of journals by mail.7

The loss of journals from the index rolls came about less democratically. Often this happened as a result of publishers refusing to furnish the editors with free copies of their journals to be indexed—a problem that Potter and Teich lamented constantly. They explained their reason for expecting free copies in the preface to the IAI volume for 1916:

It seems to us eminently fair that the publishers of periodicals should share with libraries the expense of indexing; an index adds much to the value of periodicals and it is their publishers who reap the pecuniary benefit in increased subscriptions. Some publishers have recognized this fact and have offered to pay for having their magazines included in our indexes. We could, of course, accept this offer, as it would be unfair to accept payment from some publishers, without requiring it of others. We have, however, required that free copies should be furnished us for indexing, a trifling return, it seems to us, for the great service that it rendered the publishers.8

The choice of new journals to be added was made by way of a popular ballot.

It is notable that the Industrial Arts Index did not represent a complete or exhaustive indexing of engineering publications. Rather, in keeping with Teich and Potter’s original goal, it attempted to index the most used and most useful publications appearing in the journals with the widest library coverage.

The decision to define the index in this way had to do with the intended audience of practicing engineers and those working in the field.9 This limitation in scope can be a possible boon for the current-day researcher. The IAI represents a roughly democratic selection of the most widely-used journals and articles of the time, giving insight into contemporary trends and attitudes.

So what kind of material did appear indexed in the pages of the IAI? The answer to that question is quite broad. The journals indexed served such varied disciplines as architecture (Architectural Forum), sewage treatment (Sanitation and Heating Engineering), smelting and forging (The Foundry), electric train engineering (Electric Railway Journal), home renovation (Domestic Engineering), radio production (Wireless Age), and civil engineering (Municipal Engineering).

These periodicals addressed a wide range of issues. For example, readers interested in the psychological effects of streetcar operation could turn to volume two of Electric Railway Journal and read their case study, “Psychological Tests of Motormen,” indexed in the IAI volume for 1913.10 What were municipal rules regarding billiard playing in the 1910s? Just check Municipal Engineering volume forty-five, “Ordinance Governing Billiard Rooms,” also found in the IAI for 1913.11 How did foundries change their practices to attract women workers during World War I? Why, The Foundry volume forty-five addresses that very question in “Employment of Female Labor in the Foundry,” indexed in the IAI volume for 1917.12 Whatever your trade, whatever your interest, the IAI contained something for nearly everyone.

Thank you to Marlene Hurst and Peggy Fulton for providing invaluable preliminary research on this topic.

[2] The H. W. Wilson Company produced a number of widely used index products during the nineteenth and twentieth centuries, including the Cumulative Book Index and the Readers’ Guide to Periodical Literature. The latter is indexed in 19th Century Masterfile. (See the source description for more information.)