“The Honeypot Approach”: The Origin and Development of the NYPL Public Domain Collection
26 July 2018 by Grayson Van Beuren 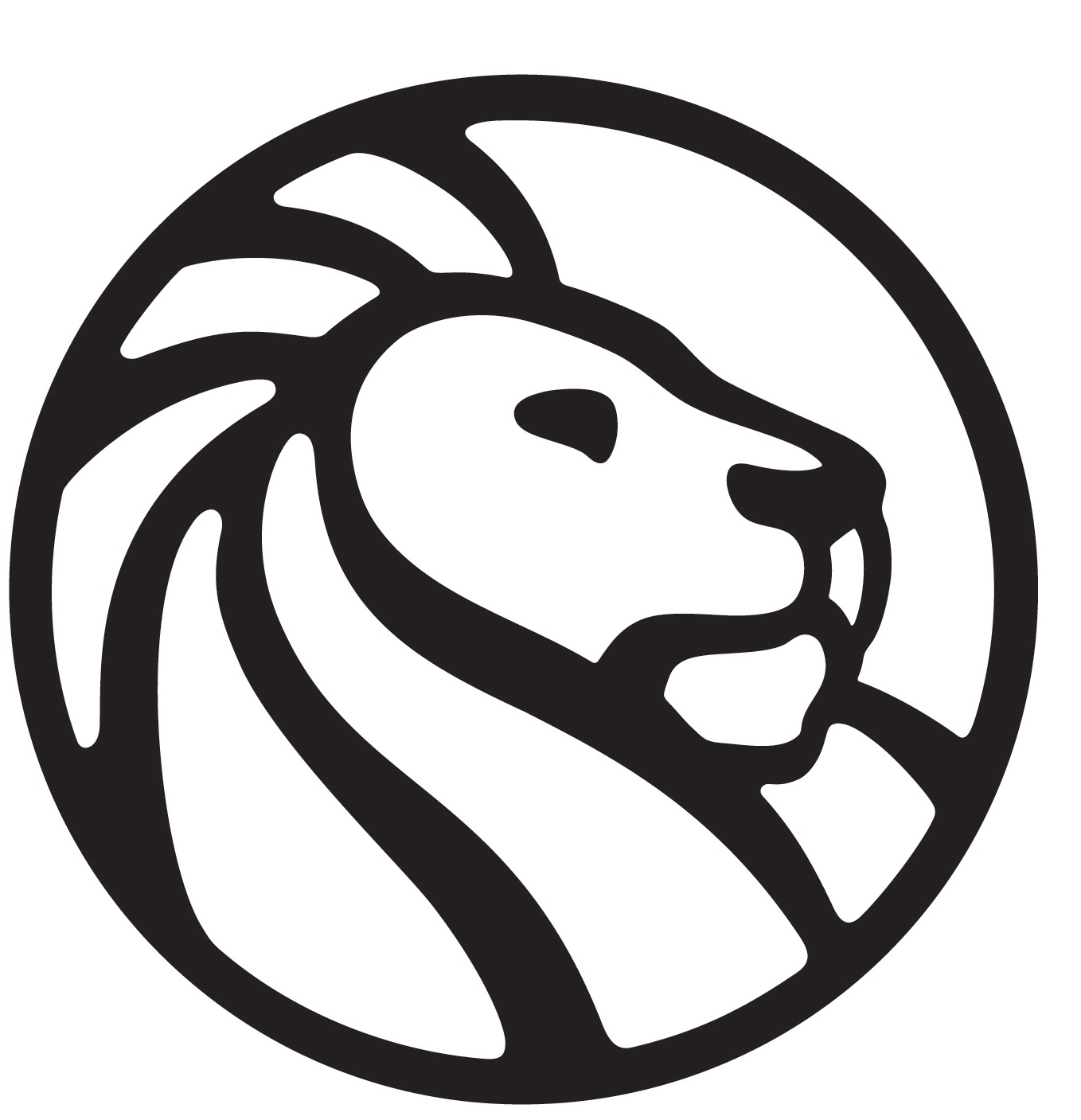 Today we will look at the New York Public Library’s Public Domain Collection. The NYPL recently made approximately 190,000 digitized public domain items from their special collections available online for unrestricted use. Why does the NYPL have such a large library of digitized material? Why do they have such a large special collection at all? To answer these questions, we have explore  the genesis of the NYPL collection in the nineteenth century, back before it even existed as a single library.  –Ed

On January 6th, 2016, the New York Public Library (NYPL) made the portion of their digitized collection in the public domain—roughly 190,000 items—available to any user for any purpose.1 The reason the library’s digitized special collection holdings are so large in the first place has to do with the library’s unique beginning.

The library’s original collection was not formed from whole cloth. Rather, it coalesced from several existing small libraries and a trust left by a former governor of New York in his will—the Astor and Lenox Libraries and the Tilden Foundation, respectively. These names remain today in the institution’s official incorporated name: the New York Public Library, Astor, Lenox and Tilden Foundations. 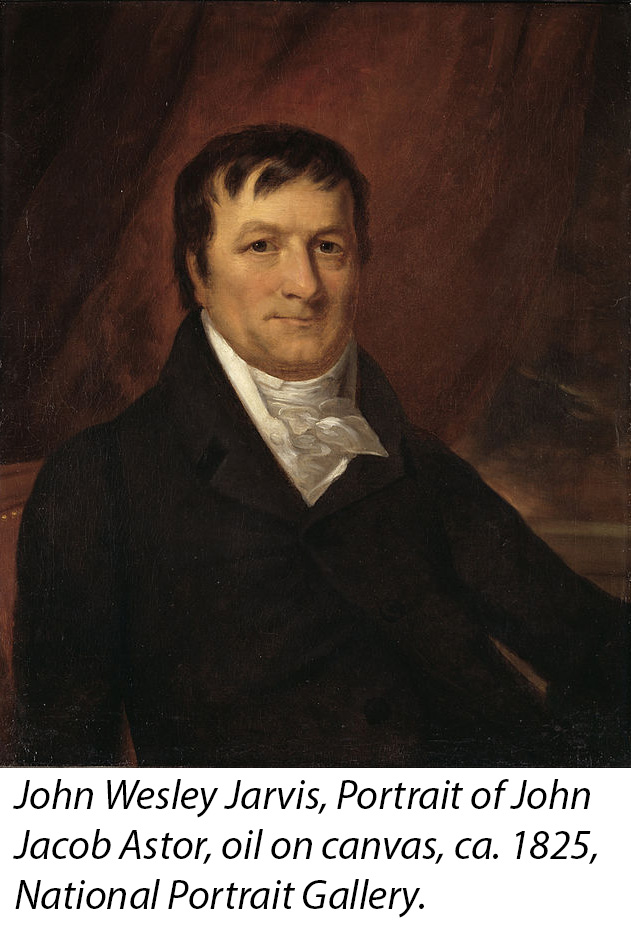 The Astor and Lenox Libraries both emerged during the nineteenth century, two small libraries among the many that peppered New York City at the time. The Astor Library was the legacy of wealthy merchant John Jacob Astor (1763 – 1848). In 1839, Astor stipulated in his will that $350,000 would be given for the creation of a public library in New York. After his death in 1848, a board of trustees put his wishes into action, opening the city’s first free—though non-circulating—public library in 1854.2

The Lenox Library had a similar beginning. Industrialist and bibliophile James Lenox (1800 – 1880) retired from business in 1840 and devoted his time to collecting rare books almost non-stop from 1845 until 1869. In 1870, the task of organizing his collection proved overwhelming and Lenox incorporated his library. His collection placed under the care of a board of trustees, the Lenox Library opened for public research use in 1883.3 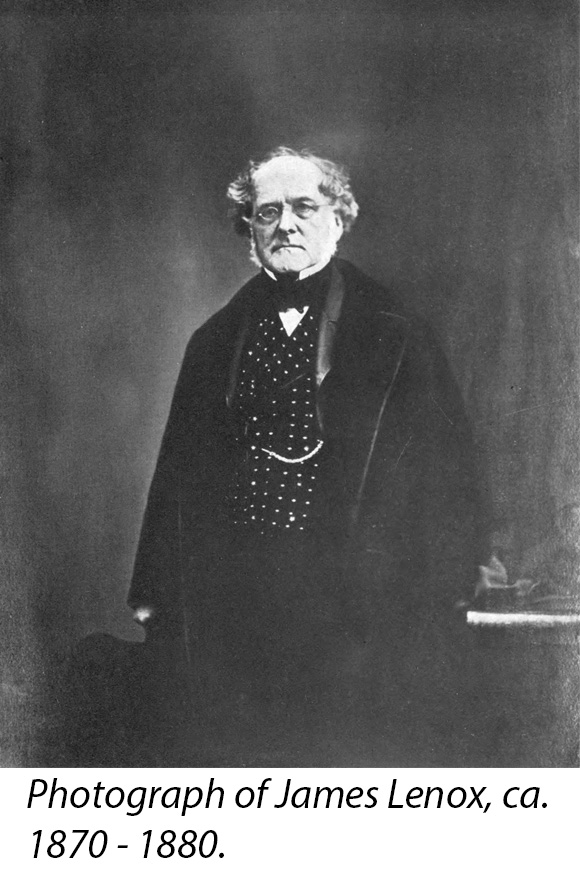 The Astor and Lenox finally came together under the Tilden Foundation in 1895. Former governor of New York and longtime politician Samuel Jones Tilden (1814 – 1886) left his wealth to “the furtherance of science and popular education” by way of the establishment of a public library.4 After Tilden’s death in 1886 (and a lengthy legal battle with his heirs), the Tilden Trust determined the best way to honor their late benefactor’s wishes was to combine the existing Astor and Lenox library collections in a new building.5

This corporation was formed in 1895 and, after years of planning and construction, the main NYPL building in Manhattan opened for patrons on May 23, 1911.6 The two iconic lion statues—first named Leo Astor and Leo Lenox, later Patience and Fortitude—have greeted patrons at the library entrance ever since.7

Of the total 1.2 million items digitized by the NYPL, almost 190,000 have been determined to be out of copyright and in the public domain.

Due to the eclectic collections of the founding libraries—especially that of curiosity-accumulating James Lenox—the NYPL has had a robust collection of special and rare material from its beginning.8 Computers and the internet revolutionized the methods available to bring this special material to the public. The library began digitizing their special collections in the mid-to-late 1990s, the first batches of material appearing on the new Digital Collections website for patrons’ use in May 1998.

Early additions to the library’s online holdings included selections from the Schomburg Center for Research in Black Culture Collection and photographic views of New York during the Depression.9 Since 1998, the library’s digitizing efforts have expanded drastically. As of 2016, the NYPL has digitized almost 1.2 million items, making a large portion of them available online.10

…making the collections free…was “intended to facilitate sharing, research and reuse by scholars, artists, educators, technologists, publishers, and Internet users of all kinds.”

Of these 1.2 million digitized items, the NYPL determined almost 190,000 to be out of copyright in the United States and in the public domain. In January 2016, the library released these 190,000 digitized items in the public domain for free use by anyone for any purpose.11 NYPL Labs, the section of the library in charge of this release, explained their reasoning in a blog post written to mark the occasion, stating that making the collections free to use was “intended to facilitate sharing, research and reuse by scholars, artists, educators, technologists, publishers, and Internet users of all kinds.”12

Perhaps the simplest strategy we employed was what I like to call the “honeypot approach.” Basically, this is the notion of putting out the raw assets and metadata and scripts in thoughtful and easy-to-use packaging and UX, to make it simple and appealing for people anywhere in the world to make use of our collections materials.13

To serve as a catalyst for spontaneous creative reuse, the library began a series of fellowships called the “Remix Residencies” to allow data professionals from a wide variety of fields to play with the newly-released public domain material in creative and thought-provoking ways.14 Three initial “Public Domain Remixes” are available on the NYPL Public Domain website: “Navigating the Green Books,” “Mansion Maniac,” and “Fifth Avenue, Then & Now.”15

The NYPL Public Domain Collection is full of fascinating material, dating from as far back as the Middle Ages. Check out the collection to learn…

How have coastlines and shoals changed along European coasts in three hundred years?16

How did abolitionist groups humanize enslaved individuals in the United States during the antebellum era?17

What types of work went into creating silk in turn-of-the-century factories? Who performed this work?18

What kind of notes appear in the margins of early modern manuscripts? Why might an owner or user deface or censor content in a fifteenth century book?19

What conditions faced African American day laborers in Mississippi during the 1940s?20

What constituted fashionable dress among the Parisian elite of the early nineteenth century?21

Explore and see what else is hiding in the NYPL Public Domain Collection!

[3] The Lenox and Astor libraries maintained a longstanding relationship, the genesis of which predated the incorporation of the Lenox as a public institution. James Lenox would sometimes allow interested parties to use rare books of his in their research. Not trusting researchers to handle his books correctly, Lenox would hand off requested volumes to the librarian of the Astor for safekeeping. The scholar could then use the book under supervision in the Astor reading room. Lydenberg, 95 – 98, 113.

[7] The names “Patience” and “Fortitude” come from a speech made by mayor Fiorello H. La Guardia after Pearl Harbor was attacked in 1941. Nicholas A. Basbanes, foreword to The Library: An Illustrated History, by Stuart A. P. Murray (New York: Skyhorse Publishing, 2009), vii – viii.

[11] The library’s only request was for users to attribute the material to their collection and provide a link to the record. “About NYPL Digital Collection.”

[19] Manuscripts and Archives Division, New York Public Library, “Opening page of calendar with the month of January; the feast of the octave of Thomas Becket and the mention of the word ‘pope’ at the feast of St. Marcellus have been erased,” New York Public Library Digital Collections, accessed July 5, 2018, http://digitalcollections.nypl.org/items/510d47da-e403-a3d9-e040-e00a18064a99.