“A Want of Dignity Wholly Unworthy of the Government”: James Smithson, the Annual Report, and the Question: “Should the Federal Government Participate in Scientific Investigation?”
04 June 2019 by Grayson Van Beuren 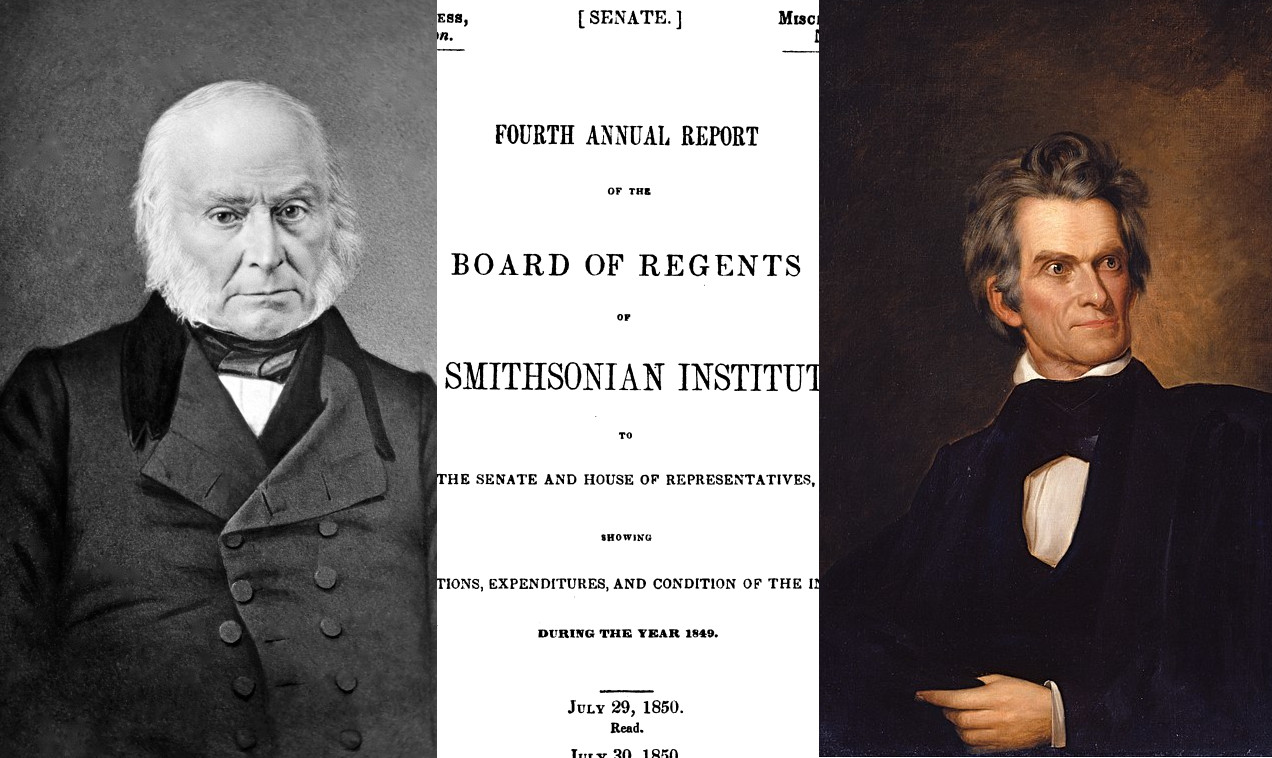 The Smithsonian Institution in Washington, DC recently named Lonnie G. Bunch III as its fourteenth Secretary, the first African American to hold the position. In celebration of this occasion, let’s explore the beginnings of the Smithsonian.

The Smithsonian Institution is a remarkable institution. Founded in 1846 and sometimes called “the nation’s attic,” the institution brings millions of visitors in contact with science and history each year. Scholars rely on its collection of 154 million objects from every imaginable field, as well on its resources for funding.1 It is a truly singular institution, with a truly singular history. This is an exploration of that singular history, as well as of one particularly important publication produced by the institution.

Tucked away in 19th Century Masterfile is a source called the Author-Subject Index to Articles in Smithsonian Annual Reports. This index compiled an important series of documents in the corpus of American scientific history: the Smithsonian Institution’s Annual Report from the Board of Regents.

Initially these reports from the governing body of the SI detailed the previous year’s activities. However, the board ultimately began publishing original scientific articles in the reports, effectively turning them into another arm supporting the institution’s mission to disseminate knowledge.

As an institution of public research, the Smithsonian’s founding was a turning point in the history of American science. It answered a pressing question that vexed the young United States during the early nineteenth century: “Should the federal government participate in scientific investigation?” The catalyst that propelled this question into public debate was a bequest of one hundred pounds left to the United States government by the British chemist, James Smithson, after his death in 1829.2 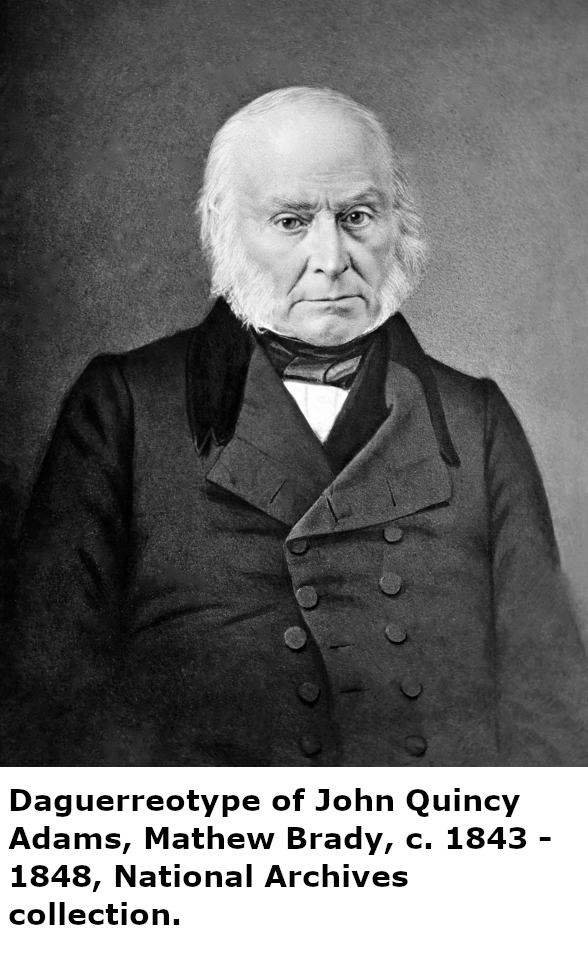 Smithson’s money came with the caveat that it be used “for the increase and diffusion of knowledge among men,” but the decision as to how best to carry out this mission remained in limbo for some time after the chemist’s death.3

Two political factions clashed throughout the 1830s over whether to use the bequest. One, led by House Representative John Quincy Adams, was for the creation of a federal institution of research. The other, headed by John C. Calhoun, Senator from South Carolina, was stoutly against the national government entering the sphere of research.4

Adams mainly saw the bequest as a means of correcting the embarrassing state of American science. In his position as Representative from Massachusetts, he served as chair on several committees dedicated to exploring possible uses of the bequest. He and his followers envisioned the federal government as overseeing a set of new institutions dedicated to research: observatories, libraries, botanical gardens, and laboratories.5

Some in Adams’s camp even saw these institutions as central to the upholding of American morals. So thought statesman and proponent of federal research, Joel Poinsett, who wrote in 1841:

Would we expose ourselves to be denied our just title of a moral, religious, intelligent, and enlightened people, by refusing to inscribe the United States of America among the names of the civilized nations of the earth?6

Two political factions clashed throughout the 1830s over whether to use the bequest.

Calhoun and his faction, on the other hand, were convinced that to give the federal government the right to dictate research would constitute an unacceptable consolidation of central power. A staunch supporter of slavery, Calhoun’s arguments drew from the debates that eventually culminated in the American Civil War. According to Calhoun and his followers, the creation of a national institution of research was only a stepping stone to imposing federal rule on areas of governance like education—or slavery.7

Calhoun’s opposition to accepting the Smithson bequest came to a head in an 1839 address he made to Congress. He denounced any use of the grant as Congress stepping outside the bounds set down by the Constitution, as it “enlarg[ed] our grant of power derived from the states of this Union.”8 And, same as Poinsett, Calhoun saw an institution of research as reflecting on American morality. However, his analysis took a very different tack: 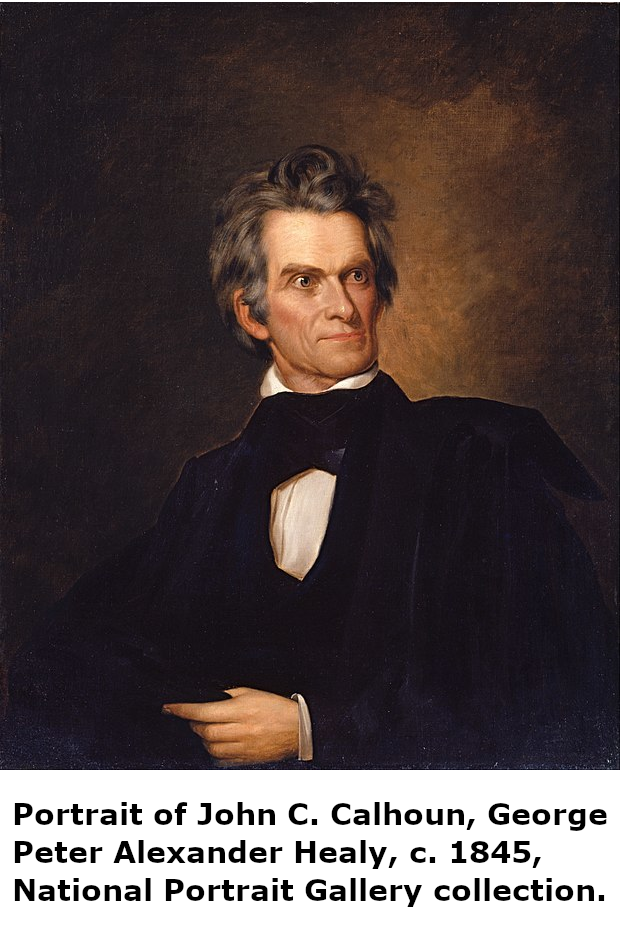 I not only regard the measure proposed as unconstitutional, but to me it appears to involve a species of meanness which I cannot describe, a want of dignity wholly unworthy of the government.9

The Smithsonian finally began operations in 1846 thanks to a compromise between these two factions. In order to keep the SI independent of federal politics yet accountable to the American people, governance was handed to a Board of Regents made up of politicians and private citizens.10 And as a further spur to maintain accountability, this board instructed, by mandate, to produce yearly accounts of the SI’s activities: the Annual Report from the Board of Regents.11

The very first Annual Report, covering the year 1846 and published in 1847, laid out its purpose succinctly on the first page:

In obedience to the act of Congress “to establish the Smithsonian Institution for the increase and diffusion of knowledge among men,” the Board of Regents submit to Congress a report of the “operations, expenditures, and condition of the institution.”12

Initially, the report that followed maintained that definition exactly: it provided an account of the meetings of the Board of Regents and nothing more.

The 1897 Annual Report included news of Röntgen's discovery of X-rays and Marconi's success in transmitting radio waves received mention in the report for 1911.

By 1849, however, this format had changed. Annual Reports from 1849 onward included an appendix containing accounts of scientific activities conducted under the auspices of the Smithsonian Institution. This probably reflected efforts on the part of the first Smithsonian secretary, Joseph Henry, to create additional vehicles of publication for American research.13

Later on, the scope of Annual Reports was widened even further to include accounts of scientific activities conducted outside SI circles altogether. The 1897 Annual Report included news of Wilhelm Röntgen’s discovery of X-rays, for instance, and Guglielmo Marconi’s success in transmitting radio waves received mention in the report for 1911.14

In addition to being wide-ranging in content, these reports were widely distributed. By the 1960s, copies reached 3,600 domestic libraries and 1,700 libraries outside the United States—effectively qualifying the report as an international journal.15 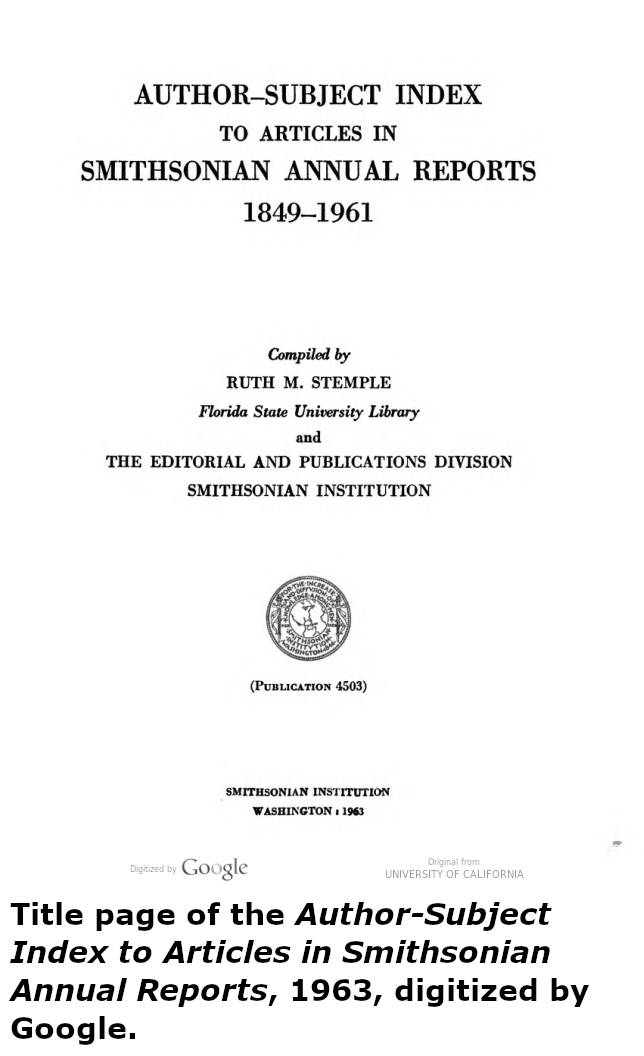 As a contemporary account, the Annual Report was exemplary. However, for the first half of the twentieth century, scholars trying to access the entire run of the Report ran into a significant flaw: the publication lacked a master combined subject index. While each individual Report included its own index, no effort was made to create a time-saving master subject index until the 1960s. This was the Author-Subject Index to Articles in Smithsonian Annual Reports, produced by Ruth Stemple at Florida State University in collaboration with the Smithsonian’s Editorial and Publication Division.16

With the publication of Stemple’s Author-Subject Index in 1963, historians of science could finally access the contents of the Annual Reports without painstakingly combing individual issues. And now, with the digitization and inclusion of the index in 19th Century Masterfile, modern scholars can easily use this trove of historical knowledge, too.

[2] The money did not actually arrive in the United States until 1835. He left the money to his nephew first and the United States second. The nephew died childless in 1835. Denise D. Meringolo, Museums, Monuments, and National Parks: Toward a New Genealogy of Public History (Amherst and Boston: University of Massachusetts Press, 2012), 7 – 9; George Brown Goode, The Smithsonian Institution, 1846–1896: The History of Its First Half Century (Washington, D.C.: De Vinne Press, 1897), 19 – 21, 25.

[6] Quoted in Meringolo, Museums, Monuments, and National Parks: Toward a New Genealogy of Public History. Joel Roberts Poinsett, Discourse on the Objects and Importance of the National Institution for the Promotion of Science (Washington, DC: P. Force, 1841), 22; Meringolo, 9.

[10] At its outset this board included the mayor of Washington DC, the chief justice of the Supreme Court, the Vice President, three senators, three House members, and six non-politician civilians. Meringolo, 16 – 17.