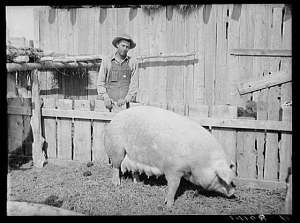 19th Century Masterfile has always been the ‘due diligence’ resource for historians. Its usefulness is now expanded to cover works in both technology and agricultural science.

To that end, Paratext has significantly enhanced the scope and research value of 19th Century Masterfile for historical agricultural studies through the addition of the Index to Farmers’ Bulletin, 1889-1930.

The Farmers’ Bulletin was for many years one of the most valuable resources available to farmers and other agriculturalists throughout the country. The pamphlets it provided offer invaluable information to farmers on topics as varied as farm bookkeeping, common poultry diseases and rural libraries. All pamphlets produced from 1889-1930 are now indexed in Series V of 19th Century Masterfile.

Even better, most of these citations link through to the full text at HathiTrust.

To give you a sense of the kinds of resources this helps uncover for your patrons, we’ve pulled out some interesting examples: